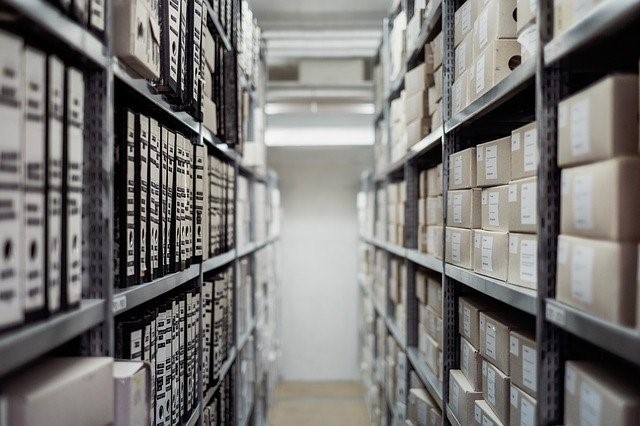 The North American Free Trade Agreement or NAFTA is a trade pact signed back in 1992. It worked to gradually eliminate the majority of tariffs and trade barriers on products and services that traveled between the United States, Canada and Mexico. Essentially, the now controversial agreement, served to create a free-trade bloc among the three largest countries of North America.

NAFTA was modeled after, in part, and inspired by the triumph of the European Economic Community (1957-93) in successfully eliminating tariffs so easier trade could be facilitated among its members. Individuals who pushed for the creation of NAFTA argued that a free-trade area be established in North America so it could bring more trade and business opportunity and create millions of well-paying jobs in turn, for all the countries participating.

1988 registered a free trade agreement between Canada and the US, which later shaped into NAFTA when the same provisions of the trade pact were extended to Mexico as well. The agreement was negotiated by the administrations of the three nations under the leadership of then U.S. President, George HW Bush, Mexican President Carlos Salinas de Gortari and Canadian Prime Minister Brian Mulroney. The pact had already been preliminarily agreed on by August 1992. It was finally signed on December 17. The legislature of the three countries ratified the trade agreement in 1993 and NAFTA came into effect from January, 1994.

What Were the Main Provisions of the Trade Agreement?

The main provisions of NAFTA basically urged for a gradual reduction of custom duties, tariffs and other related trade barriers between the three member parties. Some tariffs were asked to be removed immediately and others over a sustained period of 15 years. Following the terms laid out in the agreement, eventually, the three members could enjoy duty-free access for a vast range of manufactured goods and commodities traded among the signatories. Products which were imported from other signatory countries were ordained "National goods" which allowed them to pass through other country, state, local and provincial governments without having any taxes or tariffs imposed upon them. Not just physical goods, NAFTA attempted to secure intellectual property rights among these participating countries as well. The member countries were asked to adopt rules which protected intellectual property produced between them and adopted strict safeguards against industrial theft.

Provisions drafted also issued formal rules for resolving disputes between investors and the member countries. In fact, if a signatory country was found to be in violation of the treaty, individual investors as well as corporations could proceed to sue them.

Other side agreements instituted ways to address concerns over the environmental impacts of the treaty and the potential labour market. Critics were worried that low labor costs offered by Mexico would tilt most production jobs to the area while the other countries would have to suffer from a decline in manufacturing jobs. Environmentalists were concerned how Mexico would deal with such rapid industrialization, given their inexperience and reluctance in implementing and enforcing regulatory framework for the protection of the environment. The North American Agreement on Environmental Cooperation addressed these critical concerns related to environmental impact of NAFTA by creating the Commission for Environmental Cooperation in 1994.

Provisions were also created which privileged US and Canadian companies when it came to accessing the Mexican markets involved in insurance, banking, telecommunications, advertising and trucking.

Of course, NAFTA received plenty of criticism with the Opposition critiquing how NAFTA was against the interests of local businesses who would now have no laws/reulations protecting their interests. They believed that multinational corporations would have a free run and the agreement would promote the deregulation and privatization of key public services. It was also feared that NAFTA would displace family farmers of the member countries.

What Was the Result?

NAFTA did not materialize the drastic results that were expected from it. However, Mexico did chart a significant increase in export. The surge in export was also paralleled with an improvement in quality and affordable imported goods. Perhaps, the economic growths that followed in the period after the creation of NAFTA overshadowed any of the advantages that it could have otherwise had. The Great Recession of 2007-09 greatly affected signatory countries. Mexico's GDP was lower than other Latin American non-signatories, and its growth in income per person suffered too. There was an expansion in the Mexican middle class noticed post-NAFTA, though. The immigration restrictions ensured that the wage gap between Mexico and Canada-US stayed unchanged. Mexico did not have the infrastructure required to house many interested US and Candian investing companies, so the jobs in these countries stayed protected and Mexico did not have to be subject to any overarching harm from rapid industrialization.

Updates on the Agreement > In 2004, NAFTA was expanded to include 5 other Central American countries within its fold. The Trans Pacific Partnership signed in October, 2015 expanded NAFTA on a larger scale. With Donald Trump being elected the President of the US and his contempt of the NAFTA, a new trade agreement was proposed. The United States-Mexico-Canada Agreement was agreed upon in September, 2018.

Effect of the COVID Pandemic

Trade and industry has been disrupted worldwide as a result of the Novel Coronavirus pandemic and North America has not been any exception. NAFTA’s successor, the USMCA has now been ratified across NAFTA’s signatory nations and signed into law in Mexico, Canada and the US. It is expected to come into effect from July 2020. The USMCA essentially leaves the free trade agreement between the three countries as decided upon by NAFTA “suspended”. Some provisions of the agreement such as investment protection will continue to stay in force, although for a limited while only.

The Pandemic has also significantly strained and disrupted supply chains. The land ports for these nations were sealed and all non-essential businesses ordered to shut operations.

Hillary Clinton and the Opposition’s Views on NAFTA

Clinton has often been criticized for being against the NAFTA. The truth is, she might have been critical of the agreement, but she was not actively against it. In fact, in 1996, she has been recorded as saying that she thought "NAFTA is proving its worth". Critics have focused on her concerns against NAFTA's impact on the environment to evidence her stance as an opponent. In 2007, she did admit that NAFTA was a mistake in that it did not live up to its promise. Hillary Clinton does not express a pro-trade or anti-trade liberalization sentiment. She approaches it case by case.

Riots and Their Impact on Business in the US

Disgruntled Americans took to the streets protesting the COVID-19 pandemic resultant impositions on trade and business operations earlier this year. Most recently, the race riots that have erupted across the nation is sure to make the pandemic situation worse for North America. Trade and business experts have warned how these riots can have a devastating effect on US industry.

As of yet, no information is available on whether these riots could have been funded by the political Opposition, playing on the sentiments of racial discrimination.

As Americans, we can only look to double up our operations when possible and help rebuild the economy. At Jersey Shore Realtor Pizzi Properties, this is what we believe in. If you are looking to buy/sell/rent properties in the Jersey Shore area, we ask you to contact us. We can provide you with profitable deals and discounts that you are unlikely to find anywhere else.

You can visit www.pizziproperties.com to get more insight about us and the work we do. You can also check out our luxury homes by Pizzi properties listings and other property listings that we regularly update on our website.

You can choose to avail our seller’s agent/buyer’s agent/transaction broker service to finalize your property deal. We do not stop until we’ve helped you close your deal. All our employees are cognizant of the COVID- 19 Guidelines that have been issued by the WHO and go to great lengths to follow the same. You never have to worry about contracting the virus from us on your property visits. Also, we will only be taking you to sanitized properties where you do not have to risk your life for a property transaction.